Letters Between Us - hosted by Valencia socialite Loreen Soto part 3 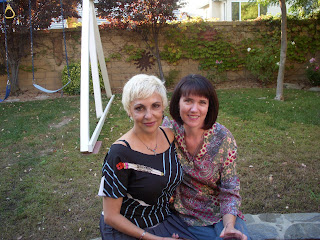 Thank you again to Mrs. Soto and her husband Mario for hosting this Letters Between Us coming out party in her elegant Northbridge Point home! 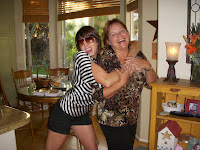 Posted by Linda Rader Overman at 12:24 PM No comments:

Letters Between Us - hosted by Valencia socialite Loreen Soto part 2

As the afternoon wore on and the shadows grew longer the party goers became giddy with wine and vibrant conversation. No one wanted to go home. And the good thing is more books sold!

Posted by Linda Rader Overman at 12:18 PM No comments:

Letters Between Us hosted by Valencia, CA socialite Loreen Soto

Letters Between Us (Plain View Press) had a very successful coming out party at the home of Valencia hostess and socialite, Loreen Doyle Soto and her many lovely friends. They all turned out in abundance to meet and greet author Linda Rader Overman. Her daughter, Deva Overman (in stripes), designer and owner of clothing line Nakey Baby, added color and splash by selling her adorable boy shorts, baby clothes and off the shoulder custom designed off-the-shoulder shirts. Ms. Soto can be seen modeling one of them in midnight black.

The ladies chatted away in the garden on a beautiful afternoon, savoring
hors d'oeuvres, and a variety of Napa Valley wines while everyone enjoyed the literary salon of the day and purchased signed copies of the award winning epistolary novel.

Posted by Linda Rader Overman at 12:09 PM No comments:

Finalist honor for Letters Between Us

Letters Between Us has been honored as a "Finalist" in the "Fiction & Literature: Chick Lit/Women's Lit" category of the
National Best Books 2008 Awards, sponsored by USA Book News.

Letters Between Us reviewed on Reuters.com

Letters Between Us was well reviewed on Rebeccasreads.com BUT then Reuters.com picked it up as well. Check it out

I pasted it in below.

Linda Rader OvermanPlain View Press (2008)ISBN 9781891386626
Originally Reviewed by Kam Aures for RebeccasReads (8/08)
“Letters Between Us” begins at the end, with a Santa Barbara Herald newspaper article chronicling the death of 39-year-old Katharine Taylor Fields whose body was found in a dumpster at the Cold Spring Tavern Inn. Katharine’s friend, Laura Wells, learns of the death through Katharine’s estranged husband David. Katharine had been a patient at the Santa Barbara Psychiatric hospital for the past eight months, had just disappeared, and then was found dead. After attending the memorial services, Laura visit’s David’s house and he gives her “a brown cardboard box with some of Katharine’s mementos from childhood.” (p. 19)
It turns out that both of them had saved the letters written between them, Katharine’s even dated back to 8th grade. Laura holes herself up at the Vista del Mar Inn and after having her husband send her own box of saved letters she is intent on reading through all of them. This is the form in which the story is written, a series of letters back and forth, interjected with journal entries and Laura’s memories.
Following Laura’s journey of discovery and remembrance makes for an interesting narrative. I love the way that Overman uses the letters to piece together the story and while doing so paints a clear picture of the two main character’s lives. I also enjoyed the inclusion of the historical events and pop culture references that were a part of the era in which the story took place. Katharine and Laura keeping pace with the world around them gives a feel of authenticity to the book.
Although I had an advance reader copy without the final cover, I did see a picture of the cover of the book on the author’s website and absolutely love it. I think that it is perfectly fitting of the storyline and gives the reader a clear picture of exactly what the book is about. “Letters Between Us” is an engaging, easy-to-read novel, written in a unique form. I recommend this book to anyone who enjoys women’s fiction, stories of friendship and family, and to anyone who came of age during the 60’s and 70’s.
Posted by Linda Rader Overman at 6:08 PM No comments: 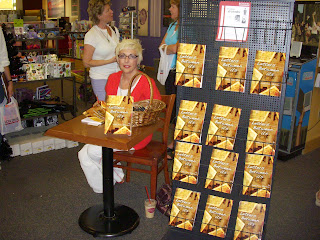 I spent a lovely Saturday afernoon talking to many friends, colleagues, students, and book browsers who actually bought signed copies of Letters Between Us. It felt like a literary salon with all the wonderful people who dropped by...thanks so very much to everyone and especially to Stan and Carolyn for treating my husband and me to dinner after....! 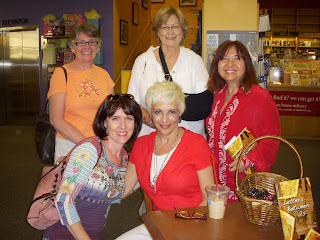 All copies sold out!! 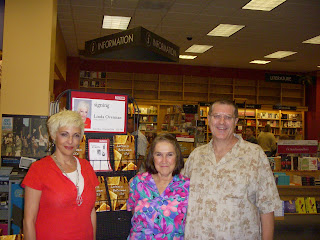 Posted by Linda Rader Overman at 6:00 PM No comments: 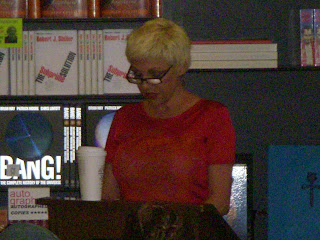 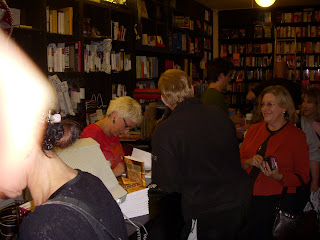 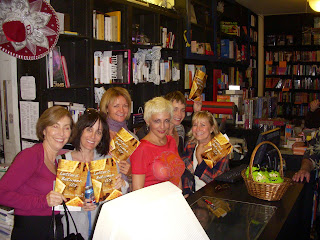 pped by in support!
Thank you all!
Join me for my next appearance at Borders Valencia Town Center Sat 10/18 at 3p.m.

Posted by Linda Rader Overman at 5:29 PM No comments: