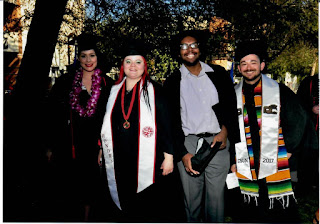 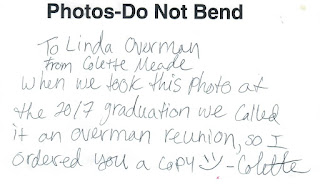 It is with gratitude and joy that I salute some of my former students who graduated from CSUN Spring 2017. From L to R.
Jessica Funtes, Colette Meade, Diolorant Chery, Lucas Gomez.  I know you will all shine in your teaching professions and bring the same happiness to your students that you brought to me as students.
Well Done.
Posted by Linda Rader Overman at 12:07 PM No comments: 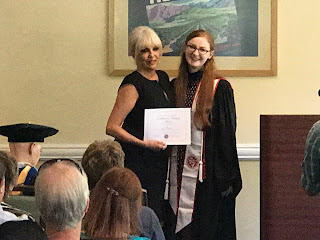 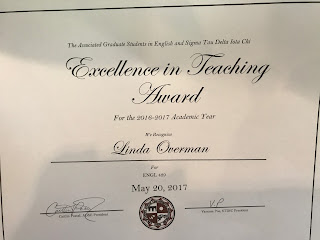 Posted by Linda Rader Overman at 4:12 PM No comments: