My first memory is being held in the arms of my uncle Arturo.  He was actually Mom's first cousin, but the Latin way is to consider cousins such as he - an uncle.
He held me over the baptismal font of Blessed Sacrament Church on Sunset Blvd. in Hollywood, Ca.
I must have been less than a year.  I looked at the water and thought, please don't drop me. I haven't learned to swim yet.
Posted by Linda Rader Overman at 8:43 AM No comments:

Hint Fiction - Take 3- Houston, We Have a Problem

I'm sorry, but there's not enough air in here for everyone.
I'll tell them you were a hero.

A philanthropist with a cause - Rosenwald

Rosenwald
foregrounds the life of Julius Rosenwald
I love his quote:
"Don't believe because a man is rich he is necessarily smart. There is ample evidence to the contrary."
Posted by Linda Rader Overman at 5:54 PM No comments:

The Art League had a competition for artists to depict the future. By accident Bogden included a blank canvas among his submissions.  It won.

--william j. brazill
Posted by Linda Rader Overman at 8:18 AM No comments:

They buried him deep.
Again.
--joe r. landsdale
Posted by Linda Rader Overman at 11:18 AM No comments:

Linda Rader Overman wonders when Chronic Fatigue will be cured because???

I have suffered from Chronic Fatigue Syndrome (CFS), now called Systemic Exertion Intolerance Disease by the the Institute of Medicine, since 1990.  My daughter is also plagued with it and forced to be on temporary disability.  Believe me she would much rather be at work than confined to her bed for days on end as I have been.

So when I read this recent article:


I hoped against hope that this is indeed a breakthrough.  I have read tens and dozens of such articles like :

and to no avail....no cure....and yuppie flu, a senseless label remains.  There have been far too many groundbreaking articles making this claim without any treatment whatsoever existing other than in the homeopathic realm: acupuncture, vitamin infusion, exercise and on ad infinitum yet no bloody cure!!!!!!!!!!!!!!!!!!!!!!!!!!!

Sufferers like my daughter and myself are sick to death of being dismissed with pejorative labels and not being given any credibility regarding the debilitating symptoms excused as mental/psychiatric issues.  I heard this same crap twenty-five years ago when there was far less known about it and far less treatment available for it.  And ironically NOTHING has changed.
Try functioning when you are struggling with total exhaustion after minor physical or mental exertion, cognitive impairment worsening upon standing, or a brain fog, sleeplessness, muscle and joint pain, rash, lymph inflammation, which only lying in bed for days or weeks upon end abates just barely.

Laura Hillenbrand author of Unbroken and Seabiscuit struggles with this disease as does Cher as do too many people!!
When will a cure be found....too long considered a type A Woman's Disease....there needs to be a cure.
Just sayin! Harrumph!!

Posted by Linda Rader Overman at 2:27 PM No comments:

This amazing man and retired Beverly Hills optometrist spoke at CSUN this spring.  He provided a living history of his experiences at Buchenwald where he was held for approximately several years under the Nazi killing machine.  He survived to tell his tale and honored his family and fellow survivors.  Those from Cologne now dead except for Dr. Oster who will never forget.

He stated: "What I see here, where the barracks used to be, at every barrack there was a pile of dead bodies, this is in your memory forever," Oster said. "When someone asks how Buchenwald was, you immediately see the dead bodies again."

Desperately Seeking the Perfect Summer T-Shirt
Thanks Amy Ephron for highlighting the sales skills of my daughter, DEVA, who loves helping style and make people happy in just the right clothes that fit at Rag & Bone Brentwood!


Posted by Linda Rader Overman at 5:31 PM No comments: 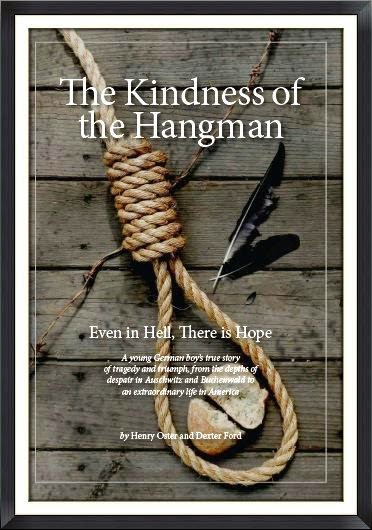 Posted by Linda Rader Overman at 4:42 PM No comments:

Connect Spring 2015 read page 12-13
Thank you to University of Cumbria magazine Connect for publishing my tale of a journey through the academic equivalent of climbing Mt. Everest!!
Posted by Linda Rader Overman at 12:05 PM No comments:

Grateful to be a member of Algonquin West
Thank you to my writing workshop members and our fearless leader the brilliant
Eve Caram, who guides our pens with insight, poeticism, and patience, patience, patience.
Couldn't do it without you all.
Thank you to our illustrious member Cecilia Manguerra Brainard for publicizing our uniqueness on her blog, Travels (and more) WITH Cecilia Brainard!
Posted by Linda Rader Overman at 12:01 PM No comments: 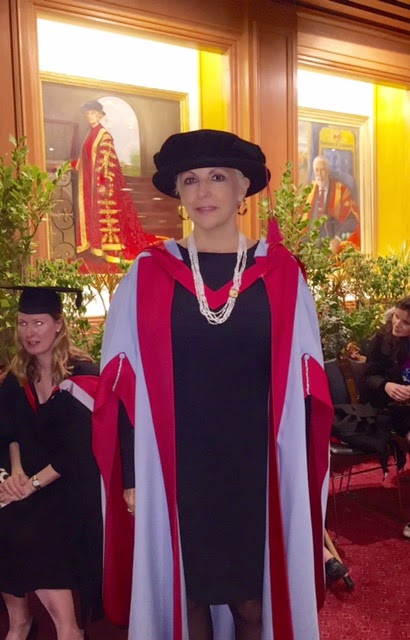 Posted by Linda Rader Overman at 11:28 AM No comments:

Posted by Linda Rader Overman at 11:24 AM No comments: